skip to main | skip to sidebar

Symbols and Spiritual Authority in Zen

This like going to a church to talk to God, people expect that somehow that God must reside in a church. Why else would there be churches? Isn’t this why they are called “Houses of God?” Where ever or what ever we choose to sanctify automatically becomes a symbolic object of reverence. In this way the symbolic representations of what we actually seek somehow inherits holiness. The cross, the dharma wheel, the altar, the church, the book, the robe, the bowl, the priest- all are symbolic representations of something that they actually are not. The instant we give a symbol special significance we become distracted by the abstraction and what we actually seek becomes obscured by the abstraction.

The purpose of a symbol is to communicate a concept, once we understand the concept the symbol should be abandoned. Like using words to describe something tangible, once the tangible is realized, the words become deficient in being able to accurately describe that which has been realized. For example the definition of the word “ocean” gives us a vague idea of what the ocean may be or look like, but once one has actually seen the ocean, the definition becomes a wholly inadequate description. In the case of Zen and pursuit of awakening, symbolism becomes an obstacle because there is nothing “tangible” to replace the symbol, only great faith in ones own understanding can conquer the dependence on symbolism.

In Hinduism there is a mantra “neti, neti” which means “not this, not this” and is recited as a reminder that all conceptions and symbols are not reality, but rather substitutions that obscure our understanding of reality. A primary component of Zen practice is letting go of symbolism. The quest for awakening becomes the task of cutting through the bindings of symbolic delusion and ultimately experiencing the unbound mind. Awakening is an unveiling, the unwrapping of an imprisoned mind, bound and gagged by the chains of conceptions and symbolism.

The slightest delusion becomes like an iron trap. The statue and the sanctuary anchor us to a place while the priest binds us with ritual chains, stich by stitch we sew our own vestments, binding us to the symbolic holiness of the robe. The spider of delusion spins his web, as the direct pointing to reality becomes a symbolic finger pointing at a rapidly fading moon. We say that we understand that a wooden Buddha is not the Buddha, but lacking faith in our own understanding, we still seek the Buddha in the form of symbols. When we do not have faith in our own enlightenment we become chained to the symbols, we feel that the robe and sutras are somehow indispensable, and without the priest and his ancestral chains of Buddhas past, there would be no Dharma.

But for us to experience the Buddha’s awakening, we must transcend the bounds of symbolism and this includes the symbols of sacred space and spiritual authority. To believe that we must practice in a temple (or zendo) under the guidance of an authorized teacher in order to experience authentic Zen, is an example of seeking refuge in our symbols. Just as the Buddha is not locked up in the wooden statue, our awakening is not bound to the presence of spiritual authorities or communal real estate.

This is not to say, that we cannot benefit from the wisdom of experienced teachers, or have reverence for dedicated places of practice and beautiful architecture, but we must avoid the tendency to allow ourselves to become attached to the symbolism. Just as Zen is to be “A special transmission outside the scriptures; with no dependence upon words and letters…” it must also be beyond material symbolism. The physicality of temples and teachers does not make them essential for our practice, or for the authentic realization of our own Buddha consciousness. Nor is it necessary for us to rely on any outside authority to confirm our awakening, this is again mistaking an external symbol for the authority we already possess.

As Master Rinzai pointed out, most students of the Zen fail to make progress toward their own enlightenment, simply because they have no faith in their own abilities. Rather than trust in their own direct experience of reality, they defer their own understanding and seek comfort in what “authorities” say they should believe. To quote Rinzai: “There are Zen students who are in chains and they go to a teacher who simply adds more chains. Unable to discern one chain from another they are delighted!”

Additionally Rinzai instructs that… “If you meet the Buddha on the way, kill him!” This is because any understanding or interpretation of the Buddha that individuals may conceive as being outside themselves is an impostor. Rinzai goes on to say the same for all Zen Masters and the Patriarchs, ostensively for the same reason, any outside authority becomes a hindrance when the student becomes reliant on outside manifestations. It is therefore imperative that the student of Zen recognize his or her own Buddha nature, before any awakening of Buddha mind can be realized. Only when the Buddha mind is fully realized as being within the individual, can the individual recognize the Buddha mind as being ubiquitous and only when the Buddha mind is no longer bound by symbolism, can Buddha consciousness be realized in all beings. 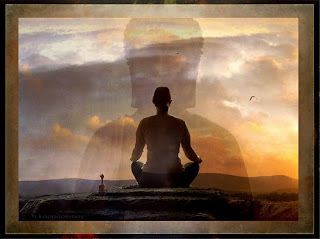 The One-Mat Zendo, is a blog dedicated to the solitary or independent Zen practitioner. Those individuals who have either chosen the path of independent practice, or who may live too far removed (by time or space) to be actively or regularly connected to a Zen community or teacher.

Koro Kaisan
I am a Wayfarer who is at home beneath the trees, at sea and among the stars. To the consternation of many, I have chosen Reality as an Alternative Life Style. I am a lifelong astronomer and craftsman who sees everything as miraculous, and a Zen practitioner of 40 years. I have studied Zen under the guidance of teachers in the Japanese, Korean, and Chinese traditions. I am a cofounder of the Order of the Boundless Way and currently the resident teacher at Open Gate Zendo. My Chinese Dharma name is Fa Lohng..